Goats are not just sheep from broken homes

Other things to occupy your mind with other than COVID-19 - A goat named William Windsor, served as a Lance Corporal in the British Army.

William “Billy” Windsor, a cashmere goat, was part of the First Battalion Infantry Unit of The Royal Welsh between 2001 and 2009. In 2006, he was briefly demoted to Fusilier (for those not up on their British military ranks, that’s about the same as being busted down to the rank of private,) after “unacceptable behavior” (a head-butting incident with a drummer and nothing more - get your mind out of the gutter) at the Queen’s Official Birthday celebrations, before regaining his rank as Lance Corporal.


The first Christmas card was created in England on December 9, 1843.

Like most of us, Henry Cole, an Englishman, was too busy to write personal greetings for all of his Christmas greetings in 1843. Cole hired artist John Calcott Horsley to design a ready-to-be-sent card.

The hand-colored card Horsley designed was lithographed on stiff, dark cardboard and featured adults and children raising wine glasses in a toast. Some thought the card blasphemous with the family, surrounded with religious symbols, holding glasses of wine

Printed in an edition of 1,000, Horsley's card was sold in London stores. At the time, the greeting cards could be mailed for a penny each. Less than a dozen of those cards exists today. Printed cards soon became the rage in England; the controversy is thought to have helped promote Cole's idea.

The film suffered at the box offices and endured several last minute re-writes. In some areas of the country the film was perceived as being “too religious” and was retitled Cary and the Bishop’s Wife The more scandalous title increased box office receipts in some areas by as much as 25%.


December 9, 1965 -
A pre-teen drama about the bi-polar kid and his wacky friends first experiences of the depressive nature of the holiday season premiered on this date -

A Charlie Brown Christmas broke many of the rules prevalent for animated holiday specials during the 1960s: it didn't make use of a laugh track; real children were used for the character voices instead of adult actors imitating children's voices; and Biblical references were used to illustrate the true meaning of Christmas.

Nicolas Roeg decided not to use traditional tourist locations to purposefully avoid a "travel documentary" look. Venice turned out to be a difficult place to film in, mainly due to the tides which caused problems with the continuity and transporting equipment.


December 9, 1989 –
Billy Joel's history lesson, We Didn’t Start the Fire hit No. 1 on the Billboard charts on this date.

Joel wrote the lyrics first, which he rarely does. He says that is why the song has no melody. Joel told Billboard magazine: "It's terrible musically. It's like a mosquito buzzing around your head."


December 9, 2005 -
The adaptation of C. S. Lewis's fantasy series, The Chronicles of Narnia: The Lion, the Witch and the Wardrobe premiered on this date.

Georgie Henley's reaction to Mr. Tumnus at the lamppost is genuine. She had not seen her castmate James McAvoy in his costume before the scene was filmed, so her screams and reaction were real. Georgie's first reaction to the snowy world of Narnia is also genuine. She was carried into the set blindfolded to make her first entrance, and her wide-eyed, delighted reactions to it, all are entirely her own.

The collars on the Geishas' kimono indicate their 'status' as a Geisha and give customers an indication of their ranking. A Maiko (apprentice Geisha) wears a red collar to symbolize she is in training while an accomplished Geisha will wear a white collar. This is where the phrase "turning the collar" comes from.


Today in History:
December 9, 1783 -
The site of London's executions (via the gallows) was moved from Tyburn to Newgate. The public spectacle of prisoners' executions drew large crowds.

Out with the old, in with the new.


December 9, 1902 -
A great deal of my mail comes from fans of the 'Oz' picture - fans of all ages. The scholarly, the curious, the disbelievers write and ask how? why? when? what for? did you fly? melt? scream? cackle? appear? disappear? produce? sky-write? deal with monkeys? etc., etc., etc.

Margaret Hamilton, celebrated character actress best known for her portrayal of The Wicked Witch of the West in the 1939 film The Wizard of Oz, was born on this date.


December 9, 1967 –
Jim Morrison is arrested during a Doors concert in New Haven, CT after being maced prior to the show while making out with a young fan in a backstage shower.

After the macing, Morrison taunted the police from the stage, and was arrested mid-concert for inciting a riot, indecency and public obscenity. Allegedly, he is the first rock star ever arrested onstage during a performance.


December 9, 1968 -
The NLS, a computer collaboration system that was the first to employ the practical use of hypertext, the computer mouse, and other modern computing concepts, was publicly demonstrated for the first time in San Francisco on this date.


December 9, 1968 -
The John Birch Society, is a political education and action organization founded by Robert W. Welch on this date.

The society supports associated with traditionally conservative causes such as anti-communism, support for individual rights and the ownership of private property.

If you think I'm going to make fun of them, given some of the things that the president has said, you've got another thing coming.

This gives rise to the euphemistic term "firing the surgeon general."

The lighting of candles and decorating with candles has always been popular, but also one of biggest sources of danger during the Christmas holidays.

In 1895 a New England Telephone employee, Ralph Morris, while looking at the newly installed string of lights made for the telephone switchboard decided to take some home to decorate his tree with. And/or it may be attributed to Thomas Edison's partner, Edward Johnson for inventing the first string of lights around the same time Ralph, for safety reasons.

In 1923, after his daily scalp massage with Vaseline, President Calvin Coolidge started the annual tradition of the National Christmas Tree lighting ceremony on the White House lawn. 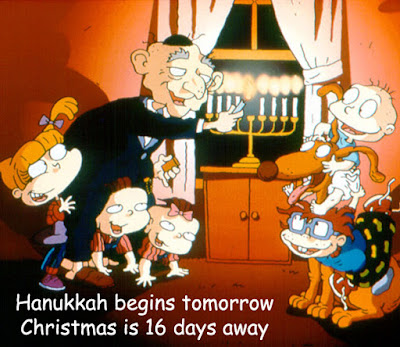