You're really going to need

an old lady in church, saying the rosaries on a Tuesday afternoon to explain this one to you:

December 8, 1854 -
Pius IX promulgates the doctrine of Immaculate Conception - the Virgin Mary is free from original sin (and not the other thing some of you think.)

Later, she achieves permanent fame when despite of her marriage, she gets knocked up by God.


December 8, 1952 -
In some weird cosmic irony, the episode Lucy Is Enceinte first aired on CBS-TV ("enceinte" being French for "expecting" or "pregnant") on this date.

CBS would not allow I Love Lucy to use the word "pregnant", so "expecting" was used instead.


It looks like an explosion in Santa's workshop. We only go halfway through setting up the tree and all the other tchotchkes before everyone passed out, so today is absolutely an abbreviated -
Today in History:
Henry Laurens, the Fifth President of the Continental Congress, became the first person to be formally cremated in the U.S. in 1792 on this date.

Things would have gone on in a more dignified manner if Mr Laurens was deceased at the time (just kidding - he was quite dead, especially after the cremation.)


December 8, 1793 -
Mme. du Barry, mistress of Louis XV, did not go quietly to that good death. On the way to the guillotine she continually collapsed in the tumbrel and cried "You are going to hurt me! Why?!" She became quite hysterical during her execution: "She screamed, she begged mercy of the horrible crowd that stood around the scaffold, she aroused them to such a point that the executioner grew anxious and hastened to complete his task."

Her last words to the executioner: "Encore un moment, monsieur le bourreau, un petit moment," (One moment more, executioner, one little moment) were her most famous.

How insensitive of her to be such a pain.

The L.A. Times has referred to her as the Miss Mullah of the Peroxide Right.


December 8, 1963 -
Frank Sinatra Jr. was kidnapped at Harrah's Lake Tahoe, Nevada on this date. After Frank Sinatra paid the $240,000.00 random, Jr. was set free a few days later. It has always been speculated that Sinatra, Jr. cooperated with his abductors in their plot.

Frank Sr. was not happy. As punishment Frank Jr. was forced to become a fat, dumpy, bald headed guy who had to conduct the big band for Frank Sr. and all was well.

Chapman was carrying around his dog eared copy of, Catcher in the Rye.

For those of you who remember the book, I leave it to you to draw any conclusions.


December 8, 1982 -
Norman D. Mayer barricaded himself inside the Washington Monument and threatens to blow it up unless all nuclear weapons are dismantled. He was shot by police after 10 hours.

That's what you get for sticking up the largest prick in DC. 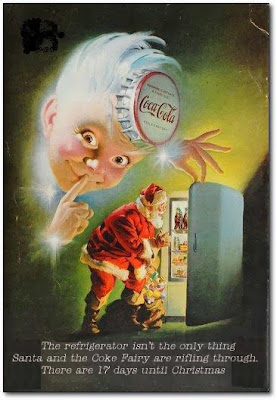