The teeming quietest, happiest days of all!

Halcyon days, begin today, a week before the winter solstice and end a week after. 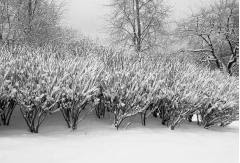 According to legend, this two-week period is associated with unusually calm seas; hence the common meanings of halcyon as “quiet” or “peaceful” and by extension, “prosperous.”


December 14, 1970 -
Another holiday special from Rankin & Bass, Santa Claus Is Comin' To Town premiered on this date.

The film tells the story of how Santa Claus and several Claus-related Christmas traditions came to be. It is based on the Christmas hit of the same name, which was introduced on radio by Eddie Cantor in 1934.

Nostradamus, famous french huckster (forerunner of Miss Cleo, for those of you who remember Miss Cleo) was born on this date. He predicted correctly French king Henri II's manner of death. Nostradamus was the author of a book of prophecies that many still believe foretold the future. He wrote in rhyming quatrains, accurately predicting the Great London Fire in 1666, Spain's Civil War and that Hitler would lead Germany into war. He even correctly predicted his own death on July 2, 1566.

If you write vague enough prophecies, they will fool almost anyone.

The story of the 47 ronin remains a popular Japanese legend, and the 47 ronin are seen as examples of loyalty and faithfulness.  Try getting your staff to turn in reports on time.


December 14, 1900 -
Max Planck published his theory of quantum mechanics, which is often considered one of the most radical scientific discoveries of the 20th century, on this date. It's even more radical than the belief in the collection of Turkish union dues or Iraqi clerics

Max Planck was working in a laboratory in 1900, heating up various substances and examining the color of light they emitted when they reached certain temperatures. He also accidentally invented crack cocaine but that's another story. He wanted to describe his results in mathematical terms, but no matter how hard he tried, his mathematical calculations didn't make sense. The only way he could fix the problem was to assume that light travels in little packets, like bullets or balloon condoms filled with cocaine, lodged in the colon of drug mules, even though this seemed impossible.

But five years later, Albert Einstein took Planck's theory of light seriously, and wrote his first major paper exploring the idea of light traveling in packets, which he called photons. Even though he became better known for his theory of relativity, it was Einstein's work expanding on Planck's original ideas about light that won him a Nobel Prize. Einstein later said, "I use up more brain grease on quantum theory than on relativity."

With the discovery of quantum mechanics, physicists found that subatomic particles were by nature unpredictable. If you shot one across the room, you could guess where it might end up, but you could never be sure. This idea made Einstein miserable. He famously said, "I am at all events convinced God does not play dice."

Max Planck himself died in 1947 and he never came to fully accept the theory he discovered. But even if few people really understand it, quantum mechanics led to the development of modern electronics, including the transistor, the laser, and the computer.


December 14, 1944 -
Lupe Velez, Hollywood's Mexican Spitfire of the 1940's, committed suicide with an overdose of sleeping pills on this date. 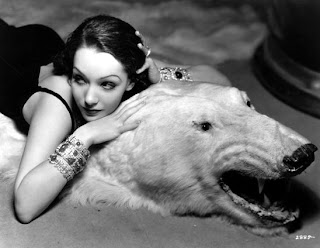 Contrary to her plans of being found laid out on the bed in a silk nightgown, she is instead discovered in the bathroom with her head in the toilet. (This is just an urban legend but let it get in back of the list of others, like the death of Cass Elliot or Judy Garland. Don't even get me started about the death of Albert Dekker.)


December 14, 1963 -
Dinah Washington, the "Queen of the Blues", juggled numerous prescription medications, primarily for dieting and insomnia, most of her life.

An unintentional but lethal combination of alcohol and pills forever stilled her magnificent voice on this date. She was only 39 and was thankfully found in bed.


Christmas Trivia
In Victorian England, turkeys were popular for Christmas dinners. Some of the birds were raised in Norfolk, and taken to market in London. To get them to London, the turkeys were supplied with boots made of sacking or leather. 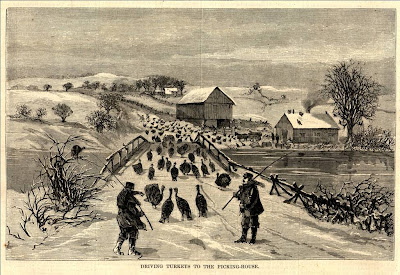 The turkeys were walked to market. The boots protected their feet from the frozen mud of the road. Boots were not used for geese: instead, their feet were protected with a covering of tar.

Now that was a career to hope for - bootmaker for the finest turkeys in England.


11 more shopping days until Christmas and 7 days until the end of the Mayan Calendar.