No, you're not drunk this early in the day

Remember, don't be an asshole today.  There are a lot of kids out there.


December 15, 1939 -
The motion picture Gone With The Wind, starring Clark Gable and Vivien Leigh, had its world premiere in Atlanta on this date.

It was the first movie premiere ceremony to be televised. The governor of Georgia proclaimed the day a state holiday in commemoration of the event and the holiday celebrations continued for three days.

The estimated production costs were $3.9 million. At the time, only Ben-Hur: A Tale of the Christ and Hell's Angels had cost more.

In James Cagney's autobiography, he says that Horst Buchholz was the only actor he really hated working with because he was uncooperative and tried all kinds of scene-stealing moves, which Cagney depended on Billy Wilder to correct. Had Wilder not firmly directed Bucholz, Cagney said that he "was going to knock Buchholz on his ass, which at several points I would have been very happy to do".


December 15, 1974 -
Mel Brooks' send up of the Universal horror films, Young Frankenstein, opened on this date.

The cast and especially Mel Brooks had so much fun and were so upset when principal photography was almost completed, that Mel added scenes to continue shooting.


Today in History:
December 15, 1944 -
En route to Paris, "swing" big band leader and whore monger Glenn Miller vanishes over the English Channel. Miller, listed as Missing In Action, was serving as a Major in the Army Air Force Band when his plane went down.

Miller's disappearance has led to many conspiracy theories over the years. Some allege that Miller was killed by friendly fire. Another theory holds that he landed safely, but died of a heart attack in a bordello in Paris. A third theory has also gained some recent credibility based on observations from his younger brother Herb Miller.

Glenn had been a chain-smoker for much of his life and by late 1944 was suffering from severe weight loss and shortness of breath, leading to speculation that he was terminally ill, probably with lung cancer. This theory also holds that he landed safely, but died of his illnesses on December 16th. Both of these latter theories overlook the fact that Miller wasn't alone on the flight; there were two other officers aboard the aircraft when it disappeared. They also have never been found.


December 15, 1961 -
Nazi Adolf Eichmann, former Reichssicherheitshauptamt (that's a real word) bureaucrat, was sentenced to death by a Jerusalem court on this date.

Eichmann had been arrested in Argentina and smuggled to Israel the previous year.

And he's not a giant frozen popicle in Cinderella's Castle!

Let us compare of two of the modern era's finest and most influential artists: Georges Seurat (December 2, 1859) and Walt Disney (December 5, 1901), both born in December.

Young Seurat studied at the Ecole des Beaux-Arts and was strongly influenced by the work of Rembrandt and Goya. He studied optical science and aesthetic theory, and painted with a unique technique that he called "divisionism," but which others came to call "pointillism." 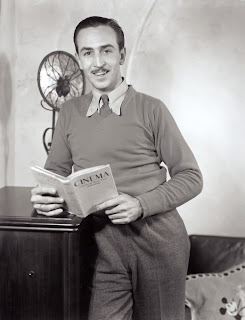 Young Disney arrived in Hollywood in 1923 with $40 in his pocket, a suitcase, and a sketchbook. He had not studied at any fancy French schools. He drew cute little pictures of funny little animals, called "cartoons."

Seurat served a year of military service at Brest, then returned to Paris and had his drawing Aman-Jean at the official Salon in 1883. The following year, the Salon rejected the panels from his painting Bathing at Asnieres, so he stormed off with some friends and formed the "Societe des Artistes Independentes" (Guys Who Got Rejected by the Salon.)

Disney and his brother, Roy, sold a cartoon series called the "Alice Comedies," and landed a distribution deal. Over the next four years, they continued to produce "Alice Comedies" and more than two dozen episodes of "Oswald the Lucky Rabbit."

In 1886, after two years of labor, Seurat's Sunday Afternoon on the Island of the Grande Jatte was the centerpiece of the Societe's exhibition. It was hailed by critics, and he was recognized as the successor to the Impressionists.

In 1928, Disney conceived of a funny little mouse while on a train ride, and "Steamboat Willie" became the first Mickey Mouse cartoon on November 28, 1928, at the Colony Theater in New York. Mickey was an instant hit, and by 1930 he was already earning Disney significant merchandise deals.

Seurat and his followers were dubbed the "neo-impressionists." Only at the time of his premature death in 1891 did his friends and family learn that he had been living with and had even fathered a child with his mistress.

Disney built an entertainment and recreation empire from Mickey Mouse, but was not frozen in liquid nitrogen after his death in 1966. His followers are called the "imagineers."

(Seurat was not frozen, either, although I believe he may have briefly dated Bernadette Peters.)


10 more shopping days until Christmas and 6 days until the end of the Mayan Calendar.