A great passions is the collection of historical trivia

National Trivia Day is observed across the United States each year on January 4. We observe trivia day, everyday here.

While the turkey is currently America's favorite part of the Thanksgiving meal, in 300 B.C., these big birds were heralded by the Mayan people as vessels of the gods and were honored as such, so much so that they were domesticated to have roles in religious rites. They were symbols of power and prestige and can be found everywhere in Maya iconography and archaeology.

Everyone knows the story of Revere's famous ride in which he was said to have warned colonial militia of the approaching enemy by yelling "The British are coming!" This is actually false. According to History.com, the operation was meant to be quiet and stealthy, since British troops were hiding out in the Massachusetts countryside. Also, colonial Americans still considered themselves to be British.


Mary Actually Had a Little Lamb

Everyone knows the nursery rhyme Mary Had A Little Lamb, but you probably didn't know this was based on true story. Her name was Mary Sawyer. She was an 11-year-old girl and lived in Boston and one day was followed to school by her pet lamb. In the late 1860s, she helped raise money for an old church by selling wool from the lamb.

The eleven pipers piping are the first eleven faithful Apostles and why are you still signing for any packages delivered at your home?

The animated short Elmer's Pet Rabbit was released on this date: it marks the second 'official' appearance of Bugs Bunny and the first to have his name on a title card.

It was directed by the legendary Chuck Jones.

(Note that Bugs hasn't developed his characteristic buck teeth yet.)

When the producer wanted Mike Nelson to wear a gray wetsuit, he had to have one specially ordered. Objecting to the high price, the producer bought a can of spray paint, sprayed it himself, and had two of the crew hold Lloyd Bridges' arms up while the paint dried. When it did, Bridges couldn't put his arms down--the dried paint was too stiff. The producer wound up spending the extra money for a gray wetsuit anyway.


January 4, 1969 -
Jimi Hendrix was banned from the BBC after going off-script when he and his band, The Jimi Hendrix Experience, appear on the show Happening for Lulu, hosted by the singer Lulu.

Rather than sing a duet with Lulu, Hendrix and the band launched into an unplanned tribute to the recently disbanded Cream by playing Sunshine of Your Love. The show nearly ran over time and afterwards, the producers had Hendrix banned from ever appearing on the BBC again.

January 4, 1970 -
Chauffeur Neil Boland was accidentally killed on this date when The Who's drummer Keith Moon ran over him in his Bentley.

Apparently, Moon's car was under attack from some unruly teenagers, and when Boland jumped out to get them to move, Moon, in a panic, got behind the wheel to drive the car away himself. Unfortunately, the crowd had since pushed Boland under the car and the drummer had never passed his driving test.


January 4, 1975 –
Elton John cover of the Lennon - McCartney song Lucy in the Sky with Diamonds reached the No. #1 spot on the Billboard Charts on this date.

Many people thought this was about drugs, since the letters "LSD" are prominent in the title, and John Lennon, who wrote it, was known to drop acid. In 1971 Lennon told Rolling Stone that he swore that he had no idea that the song's initials spelt L.S.D. He added: "I didn't even see it on the label. I didn't look at the initials. I don't look - I mean I never play things backwards. I listened to it as I made it. It's like there will be things on this one, if you fiddle about with it. I don't know what they are. Every time after that though I would look at the titles to see what it said, and usually they never said anything."

According to series creator Reinhold Weege, when it is mentioned in the first episode that Harry Stone is a Mel Tormé fan, friends and relatives of the famed jazz and pop singer called Tormé to tell him about the reference. Tormé was so flattered by the reference that when the series later contacted him about appearing on the show, he was more than happy to do so. Tormé has also stated that largely due to the Night Court references, he noticed that his audience at concerts started to get younger and younger and that his newfound resurgence was because of the show.

And imagine, he still had time to invent Fig Newton Cookies.


January 4, 1863 -
James L. Plimpton changed the skating world forever when he patented the forerunner of the modern roller skate with 4 wheels.

The skate accomplished what previous ones could not: it could maneuver in a smooth curve. Plimpton's skate was far superior to any other that had ever been invented.


January 4, 1885 -
A gravely ill 22-year-old named Mary Gartside was brought to Mercy Hospital in Davenport, Iowa with a sharp pain in her side, Dr. William Grant, decided to try an untested surgery rather than allow the young woman to die.

After giving her anesthesia, he cut into her side and removed the infected appendix. Gartside recovered fully from the surgery and the medical community learned that the appendix was not necessary for living (except for removed organ collectors.)


January 4, 1903 -
(Bunkies, don't watch the following videos, if they're going to bother you.)
Topsy was a domesticated elephant with the Forepaugh Circus at Coney Island's Luna Park. Because she had killed three men in three years (including a severely abusive trainer who attempted to feed her a lit cigarette), Topsy was deemed a threat to people by her owners and killed by electrocution on this date (Inventor Thomas Edison facilitates the entire affair.)

In an attempt to discredit Westinghouse and Nikola Tesla by showing how dangerous Alternating Current electricity was, Thomas Edison filmed the whole proceedings.

He would release it later that year under the title Electrocuting an Elephant (but that is another story.)


Raise your frozen Margaritas and toast dear old Stephen J. Poplawski. Mr. Poplawski was born in Poland on August 14, 1885, which was a fine place to be born if your wanted to be a farmer or fodder for the cannons of the next Austro-Hungarian Geopoliticial machination. He would have none of that and emigrated at age 9 with his parents to Racine, Wis (most children were usually beaten soundly when they suggested emigrating in the 1880's.) In 1918 he founded Stephens Tool Co. and in 1919 was hired by Arnold Electric Co. to develop an automatic malted milk mixer for use in restaurants (Racine being home of Horlick Malted Milk.) 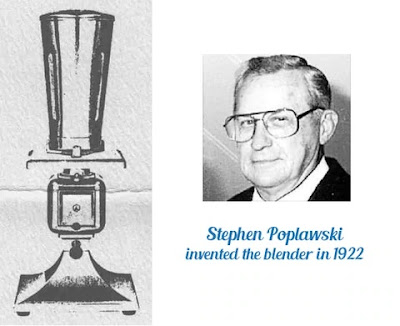 On January 4, 1922 he filed a patent "for the first mixer of my design having an agitating element mounted in a base and adapted to be drivingly connected with the agitator in the cup when the cup was placed in a recess in the top of the base."

Well, you don't think they give you a patent for a machine that makes frosty, delicious alcoholic drinks, do you? 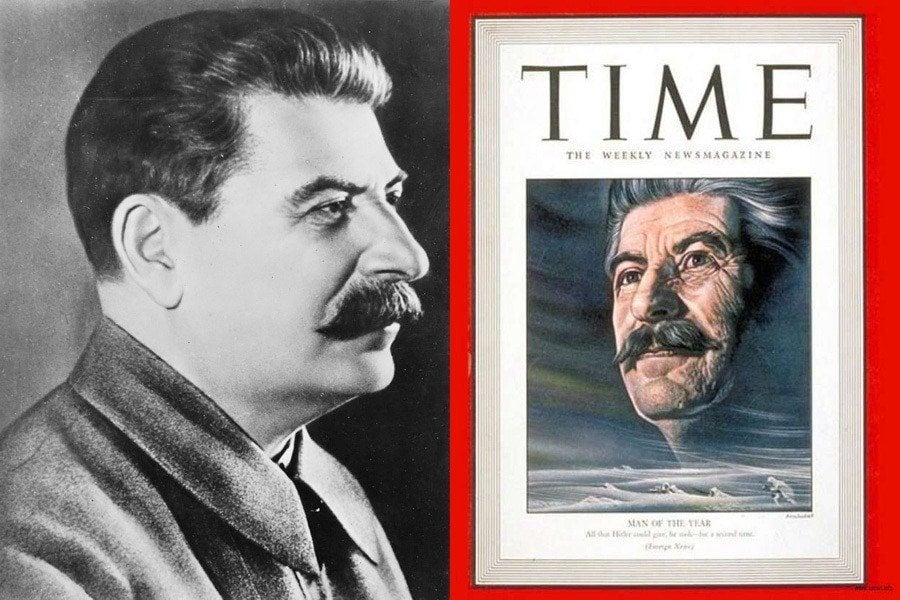 Circulation for the magazine would have increased dramatically, if Stalin hadn't purged millions of Russian citizens.

Sorry bunkies but Michael confirmed last September that R.E.M will never reunite. Stipe told Allison Stewart on her radio show, All of It with Allison Stewart, “We decided when we split up that that would be really tacky and probably money grabbing, which might be the impetus for a lot of bands to get back together. We don’t really need that. And I’m really happy that we have the legacy of 32 years of work that we have from 1980 to 2011.”


January 4, 1960 -
Albert Camus, French writer, died in an automobile accident at age 46 on this date. In his coat pocket lay an unused train ticket. Camus had intense Motorphobia (fear of automobiles), and thus avoided riding in cars as much as possible. Instead, he took trains everywhere, as much as possible.

He had planned to travel by train with his wife and children, but at the last minute accepted his publisher's proposal to travel with him.

If that isn't absurd, I don't know what is.


January 4, 1963 -
NBC is working with a team of astrophysicists to create a new day of the week.

Dave Foley, Actor/Comedian (The Kids In The Hall, News Radio) and Canadian was born on this date.

I guess he finished measured out his life with coffee spoons?


January 4, 1965 -
During his State of the Union address, President Lyndon B. Johnson outlined his plans for the "Great Society" on this date. President Johnson had introduced his vision of a Great Society in a May 22, 1964 speech: “The great society rests on abundance and liberty for all. It demands an end to poverty and racial injustice, to which we are totally committed in our time.”

It outlined many social reform programs, including Medicare/Medicaid, the Civil Rights Act, and the National Endowment for the Arts.

The device takes its name from its thirty-five buttons. It’s release marks the beginning of the end of the widespread use of slide rules.


Before you go: Don't forget we're still in the middle of Mulchfest (more about it later.)