Send those holiday cards out folks

The first Christmas card was created in England on December 9, 1843. 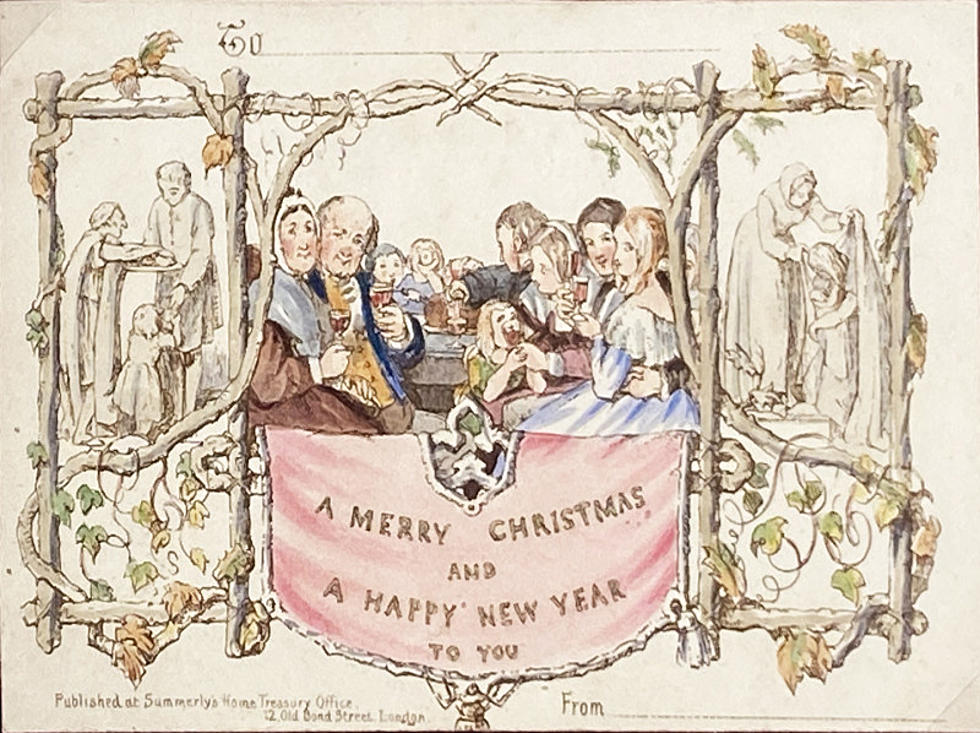 Like most of us, Henry Cole, an Englishman, was too busy to write personal greetings for all of his Christmas greetings in 1843. Cole hired artist John Calcott Horsley to design a ready-to-be-sent card.

The hand-colored card Horsley designed was lithographed on stiff, dark cardboard and featured adults and children raising wine glasses in a toast. Some thought the card blasphemous with the family, surrounded with religious symbols, holding glasses of wine

Printed in an edition of 1,000, Horsley's card was sold in London stores. At the time, the greeting cards could be mailed for a penny each. Less than a dozen of those cards exists today. Printed cards soon became the rage in England; the controversy is thought to have helped promote Cole's idea.

Originally Cary Grant played the bishop and David Niven the angel. When original director William A. Seiter left the film, Henry Koster replaced him and viewed what had been shot so far. He realized that the two were in the wrong roles. It took some convincing because Grant wanted the title role of the Bishop. He eventually accepted the change and his role as the angel was one of the most widely praised of his career.


December 9, 1965 -
A pre-teen drama about the bi-polar kid and his wacky friends first experiences of the depressive nature of the holiday season premiered on this date -

A Charlie Brown Christmas broke many of the rules prevalent for animated holiday specials during the 1960s: it didn't make use of a laugh track; real children were used for the character voices instead of adult actors imitating children's voices; and Biblical references were used to illustrate the true meaning of Christmas.

The scene set in the church where Laura lights a candle for Christine was mostly improvised. Originally intended to show the gulf between John's and Laura's mental states - John's denial and Laura's inability to let go-the script included two pages of dialogue to illustrate John's unease at Laura's marked display of grief. After a break in filming to allow the crew to set up the equipment, Donald Sutherland returned to the set and commented that he did not like the church, to which Julie Christie retorted that he was being "silly," and the church was "beautiful." Nicolas Roeg felt that the exchange was more true to life in terms of what the characters would actually say to each other, and that the scripted version was "overwritten," so opted to ditch the scripted dialogue and included the real-life exchange instead.


December 9, 1989 –
Billy Joel's history lesson, We Didn’t Start the Fire hit No. 1 on the Billboard charts on this date.

Joel wrote the lyrics first, which he rarely does. He says that is why the song has no melody. Joel told Billboard magazine: "It's terrible musically. It's like a mosquito buzzing around your head."


December 9, 2005 -
The adaptation of C. S. Lewis's fantasy series, The Chronicles of Narnia: The Lion, the Witch and the Wardrobe premiered on this date.

Before his death, C.S. Lewis sold the adaptation rights to the entire Narnia series. At that time, he absolutely despised television adaptations of his books, believing they were non-realistic, since actors had to wear suits to play non-human characters. It was only after seeing a demo reel of creatures created with computer graphics and the advancement of that technology that Lewis's stepson/co-producer Douglas Gresham gave the approval for a film adaptation.

The elements of nature are a running theme through this film and each of the four main Geisha have an elemental character. Sayuri is water, Mameha is wind, Pumpkin is wood (the equivalent of earth) and Hatsumomo is fire.


Another moment of edifying culture


Today in History:
December 9, 1783 -
The site of London's executions (via the gallows) was moved from Tyburn to Newgate. The public spectacle of prisoners' executions drew large crowds.

Out with the old, in with the new.


December 9, 1902 -
A great deal of my mail comes from fans of the 'Oz' picture - fans of all ages. The scholarly, the curious, the disbelievers write and ask how? why? when? what for? did you fly? melt? scream? cackle? appear? disappear? produce? sky-write? deal with monkeys? etc., etc., etc.

Margaret Hamilton, celebrated character actress best known for her portrayal of The Wicked Witch of the West in the 1939 film The Wizard of Oz, was born on this date.


December 9, 1967 –
Jim Morrison is arrested during a Doors concert in New Haven, CT after being maced prior to the show while making out with a young fan in a backstage shower.

After the macing, Morrison taunted the police from the stage, and was arrested mid-concert for inciting a riot, indecency and public obscenity. Allegedly, he is the first rock star ever arrested onstage during a performance.


December 9, 1968 -
The NLS, a computer collaboration system that was the first to employ the practical use of hypertext, the computer mouse, and other modern computing concepts, was publicly demonstrated for the first time in San Francisco on this date.


December 9, 1968 -
The John Birch Society, a political education and action organization, was founded by Robert W. Welch on this date.

The society supports associated with traditionally conservative causes such as anti-communism, support for individual rights and the ownership of private property.

If you think I'm going to make fun of them, given some of the things that the ex-president has said, you've got another thing coming.

This gives rise to the euphemistic term "firing the surgeon general."

The lighting of candles and decorating with candles has always been popular, but also one of biggest sources of danger during the Christmas holidays.

In 1895 a New England Telephone employee, Ralph Morris, while looking at the newly installed string of lights made for the telephone switchboard decided to take some home to decorate his tree with. And/or it may be attributed to Thomas Edison's partner, Edward Johnson for inventing the first string of lights around the same time Ralph, for safety reasons. 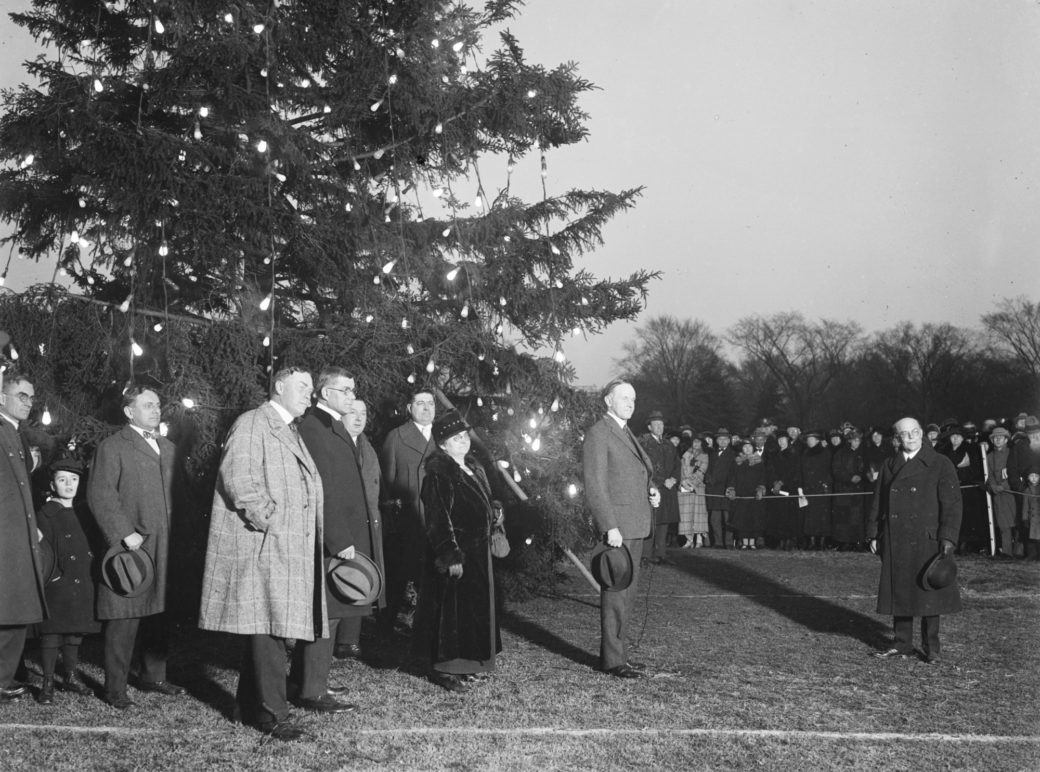 In 1923, after his daily scalp massage with Vaseline, President Calvin Coolidge started the annual tradition of the National Christmas Tree lighting ceremony on the White House lawn. 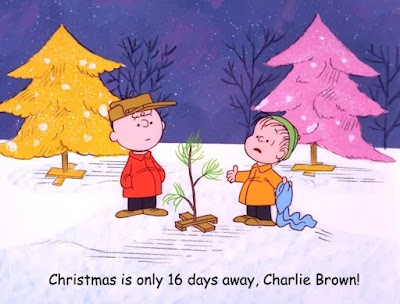