Game birds fetch a high price during the holiday season.

I'm sorry to have to say this but kill the gaggle of geese immediately (after five, it's considered a gaggle.)


Tonight is the Fifth night of Kwanzaa. 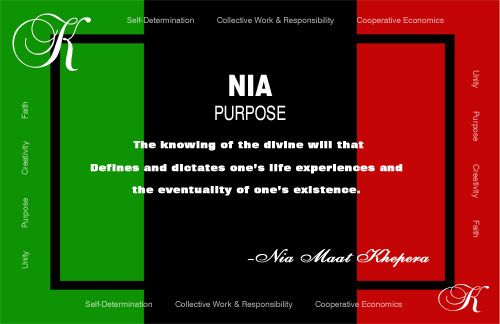 December 30, 1942 -
Frank Sinatra opened at New York's Paramount Theatre for what was scheduled to be a 4-week engagement (his shows turned out to be so popular, he was booked for an additional 4 weeks). An estimated 400 policemen were called out to help curb the excitement.

It is said that some of the teen-age girls were hired to scream, but many more screamed for free. Sinatra was dubbed 'The Sultan of Swoon,' 'The Voice that Thrills Millions' and just 'The Voice.' Whatever he was known as, it was at this Paramount Theatre engagement that modern pop hysteria was born .

When On the Town premiered at Radio City Music Hall, the line to get in was the largest in that theater's history.


December 30, 1970 -
Paul McCartney sued the other three Beatles to dissolve the partnership and gain control of his interest. The suit touched off a bitter feud between McCartney and the others, especially his co-writer on many of the Beatles compositions, John Lennon.

The Beatles were legally disbanded, four years to the day after Paul McCartney sued his band mates to dissolve the partnership.


December 30, 1980 -
The longest-running series in prime-time television history, The Wonderful World of Disney, was canceled on NBC after more than 25 years on the air. The Government, wanting to honor this momentous occasion, had the Selective Service System send a warning to Mickey Mouse at Disneyland in Anaheim, California. The Selective Service said that Mickey was in violation of registration compliance.

Of course, Mickey, age 52 at the time, sent in his registration card proving that he's a World War II veteran.


One more super cut for is this year is from the consistently good editor Nikita Malko.

Here is a list of films represented in the montage. 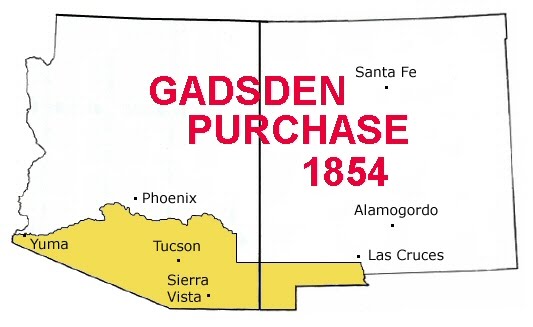 After the end of the Mexican-American War in 1848, border disputes continued between the United States and Mexico. Land that now comprises lower Arizona and New Mexico was part of a proposed southern route for a transcontinental railroad. U.S. President Franklin Pierce (considered one of the worst Presidents) was convinced by Jefferson Davis, then the country's Secretary of War, to send James Gadsden (who had personal interests in the rail route) to negotiate the Gadsden Purchase with Mexico. Under the resulting agreement, the U.S. paid Mexico $10 million (equivalent to about $261 million in 2010 dollars, 2017 dollars are just not worth that much anymore) to secure the land.

The matter about the money was to be very contentious: even though the agreement specified $10 million, the US Congress agreed on only $7 million ($183 million in 2010 dollars). When the money finally arrived in Mexico City $1 million ($26.07 million in 2010 dollars) was missing, thus resulting in a total of only $6 million (oh, you do the math.) The treaty included a provision allowing the U.S. to build a transoceanic canal across the Isthmus of Tehuantepec, though this option was never exercised. With a few exceptions, such as the resolution of the Chamizal dispute, acquisition of land in this purchase defined the present boundaries of the continental United States.


December 30, 1862 -
The Union ironclad ship the USS Monitor sank off Cape Hatteras, N.C., during a storm on this date.

While the design of Monitor was well-suited for river combat, her low freeboard and heavy turret made her highly unseaworthy in rough waters. Sixteen members of the crew were lost.


The Iroquois Theater Fire in Chicago, Illinois, claimed 627 lives on December 30, 1903. It was the single-building fire in U.S. history with the most fatalities, claiming over 100 more fatalities than the Cocoanut Grove fire in Boston.

The Iroquois Theater, at 24-28 West Randolph Street, was advertised as "absolutely fireproof." The theatre opened on  November 23rd and burned 37 days later on December 30th. Over 1,900 people were in attendance at a matinée showing of the popular musical Mr. Bluebeard.

Of the 300 or so actors, dancers, stagehands, etc., only an aerialist (Nellie Reed), an actor in a bit part, an usher, and two female attendants died. The aerialist's role was as a fairy. She flew out over the audience on a trolley wire, showering them with pink carnations. She was trapped above the stage while waiting for her entrance. Comedian Eddie Foy was hailed as a hero for attempting to calm the crowd. Foy's role in this disaster is recreated by Bob Hope in the film The Seven Little Foys.

After the fire, it was revealed that fire inspectors had been bribed with free tickets to overlook code violations. Accusations began to appear that the asbestos curtain was not asbestos. The curtain had disappeared, which meant it was either viewed as incriminating evidence and removed or had burned, in which case it could not have been asbestos, which does not burn.

A result from the Iroquois fire was the development of the first panic exit device by the Von Duprin exit device company, now a part of Ingersoll Rand. Panic exit devices are now required by building codes for high-occupancy spaces.


December 30, 1916 -
Kids, you know I love discussing early 20th Century Russian history as much as the next person, but this item is so good, it has to span over the course of two days (but it will reside on December 30th - you'll see why shortly. 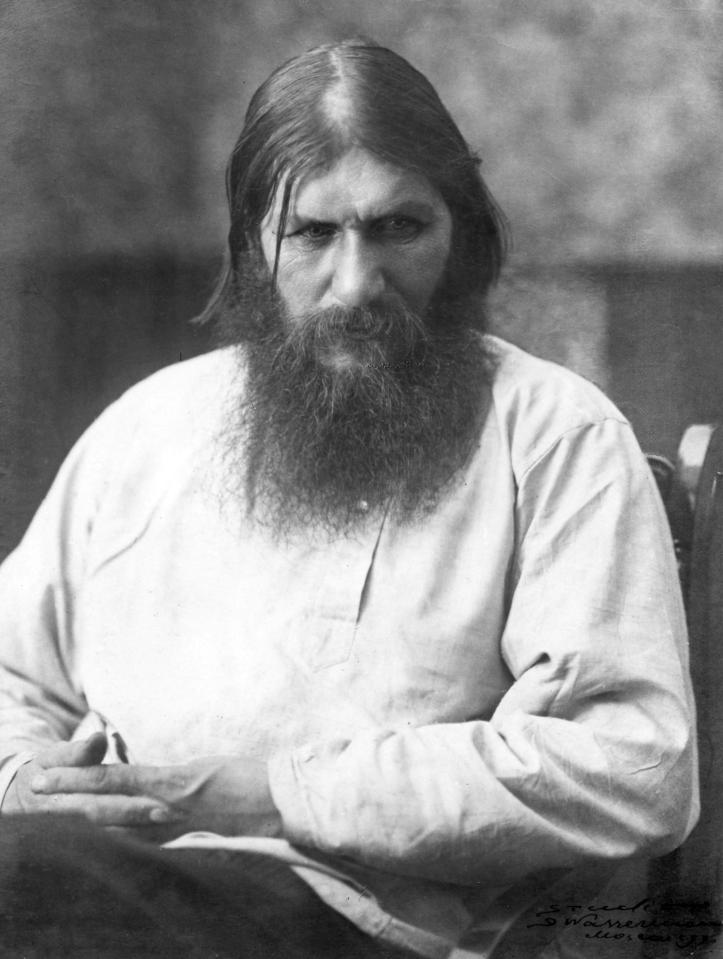 Grigory Rasputin, a self-fashioned Russian holy man, whore monger (I got to use whore monger twice in the same post), very unbathed and alcoholic, was a very unpleasant man. And yet he held tremendous influence over the royal family (which probably hastened their downfall).

On December 16, 1916 O.S. ( Old Style, i.e. - Julian Calendar, so it's really December 29), having decided that Rasputin's influence over the Tsaritsa had made him a far-too-dangerous threat to the empire, a group of nobles, led by Prince Felix Yusupov and the Grand Duke Dmitri Pavlovich (one of the few Romanov family members to escape the annihilation of the family during the Red Terror), apparently lured Rasputin to the Yusupovs' Moika Palace, where they served him cakes and red wine laced with a massive amount of cyanide. According to legend, Rasputin was unaffected, although Vasily Maklakov had supplied enough poison to kill five men. Conversely, Maria Rasputin's (one of Rasputin's four children) account asserts that, if her father did eat or drink poison, it was not in the cakes or wine, because, after the attack by Khioniya Guseva (she stabbed him in the gut - no surprise - he survived), he had hyperacidity, and avoided anything with sugar. In fact, she expressed doubt that he was poisoned at all.

Determined to finish the job, Yusupov became anxious about the possibility that Rasputin might live until the morning, which would leave the conspirators with no time to conceal his body. Yusupov ran upstairs to consult the others and then came back down to shoot Rasputin through the back with a revolver. Rasputin fell, and the company left the palace for a while. Yusupov, who had left without a coat, decided to return to grab one, and, while at the palace, he went to check up on the body. Suddenly, Rasputin opened his eyes, grabbed Yusupov by the throat and strangled him. As he made his bid for freedom, however, the other conspirators arrived and fired at him. After being hit three times in the back, Rasputin fell once more. As they neared his body, the party found that, remarkably, he was still alive, struggling to get up. They clubbed him into submission and, after wrapping his body in a sheet, threw him into an icy river, and he finally met his end there on the morning of December 17th O.S. (December 30th) - as had both his siblings before him.

Three days later, the body of Rasputin, poisoned, shot four times and badly beaten, was recovered from the Neva River and autopsied. The cause of death was hypothermia. His arms were found in an upright position, as if he had tried to claw his way out from under the ice. In the autopsy, it was found that he had indeed been poisoned, and that the poison alone should have been enough to kill him.

Yet another report, also supporting the idea that he was still alive after submerging through the ice into the Neva River, is that after his body was pulled from the river, water was found in the lungs, showing that he didn't die until he was submerged into the water. So, apparently, you can't keep a very bad man down.

This will be a test.

Patricia Lee "Patti" Smith, singer-songwriter, poet, artist, Godmother of Punk, Commander of the Ordre des Arts et des Lettres and inductee in the Rock and Roll Hall of Fame was born on this date.


Really, start thinking about those resolutions.


Before you go - There is no death.... People die only when we forget them ― Isabel Allende.

Take a moment to remember the people we lost in 2017